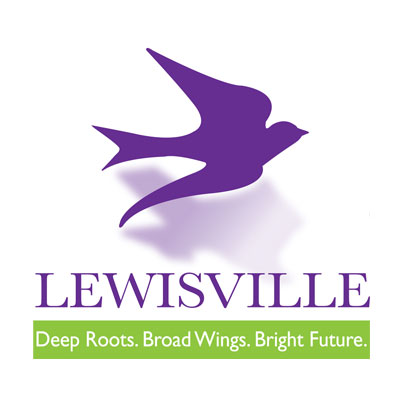 Originally called Holford’s Prairie, the origins of Lewisville Texas date back to the early 1840s. The arrival of the town’s first railroad in 1881 engendered its initial growth, and the expansion of the area’s transportation infrastructure spurred further development in the early part of the 20th century. Lewisville incorporated in 1925, and when construction of Lewisville Lake was completed in the 1950s, the city began to expand rapidly.

Lewisville’s consistently warm climate and proximity to Lewisville Lake has made it a recreational hub of the Dallas–Fort Worth metroplex. The city’s municipal government, led by a nonpartisan city council, focuses its recreational and cultural investments on facilities such as Toyota of Lewisville Park and the MCL Grand Theater. The area’s transportation infrastructure has evolved around the I-35 Corridor along Interstate 35E. The diversity of its population and industry has created a stable economic climate. Lewisville Texas Independent School District provides most of the area’s public education programs.

Lewisville’s rapid growth began when construction of the Garza–Little Elm Dam finished in 1954, expanding the Garza–Little Elm Reservoir into the what is now Lewisville Lake. The city adopted a home rule charter for a council–manager style of municipal government in 1963, becoming one of only a few home rule cities in Texas with a population of less than 5,000. In September 1969, 13 days after Woodstock, the city hosted the Texas International Pop Festival, which drew over 150,000 spectators and featured performances by Janis Joplin, B.B. King and Led Zeppelin. In 2011, the Texas Historical Commission dedicated a historical event marker at the Hebron A-train station in Lewisville to commemorate the event.

When Dallas/Fort Worth International Airport opened to the south of the city in 1974 and Vista Ridge Mall opened at the intersection of Interstate 35E and Round Grove Road in 1989, Lewisville began to undergo rapid suburban growth. Its population increased from 24,273 in 1980 to 46,521 in 1990, making it the 40th most populous city in Texas. In the early 1990s, the Lewisville Chamber of Commerce marketed the city with the slogan “City of Expanding Horizons”. The population reached 77,737 in 2000 and 95,290 in 2010.

Real estate prices in Lewisville are as diverse as the many things there are to see and do around the city. Homes and condominiums can be had for under $100,000 while those seeking more luxury accommodations can find properties for $300,000 and up. Rentals run along the same wide scale, from affordable to upmarket.

Herman Boswell knows Lewisville – which also happens to be our home base – like no one else. We not only help landlords with services like applicant screening, rental advertising and real estate marketing analyses, but also prospective tenants and buyers as well. For the service excellence that’s been our hallmark for the last quarter century, think Herman Boswell!