Arlington Texas has a current population that is estimated at 380,000, Arlington is the seventh largest city in Texas and the third largest in the Dallas/Fort Worth Metroplex. Its easy access to downtown Dallas and its location in the beautiful Prairie and Lakes region of North Central Texas have both contributed to an unparalleled growth the city has experienced over the last 60 years, a pattern which only continues into the present. 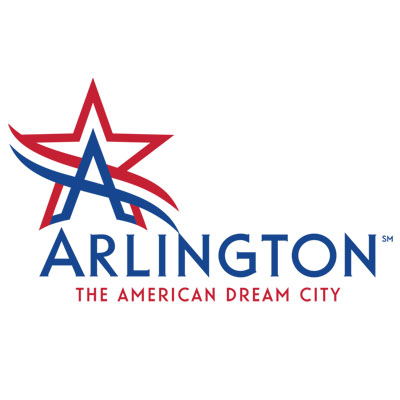 Arlington was founded in 1875 and named after Arlington County, Virginia. After the arrival of the railroad in 1876, Arlington grew as a center for farming and cotton ginning. By 1925 the population was estimated at 3,031, and it grew to over four thousand before World War II.

After the aerospace and automotive industries began locating plants around Arlington in the 1950s, the city became one of the great American “boomburgs” of the post-WWII era.  The DFW Airport, which opened in 1974, contributed to the massive expansion in and around Arlington.

Arlington’s strong economy and close connections to Dallas are just two of many reasons why the city continues to enjoy continued growth and prosperity.

The city is located near three beautiful lakes popular with hikers, boaters and anglers: Lake Arlington to the west, Joe Pool Lake to the south and Mountain Creek Lake to the east. Ranches and bed and breakfasts dot the countryside, making for a picturesque landscape.

For post-secondary work, Arlington has five excellent choices. The first is the University of Texas at Arlington, which grants everything from bachelors’ degrees to doctorates, Tarrant County College (southeast campus), Arlington Baptist College and the B. H. Carroll Theological Institute. Texas Tech University also has a small branch located in the city.

Lots to see and do

Residents also have a wide variety of large-scale entertainment venues. Among the most popular are the Texas Rangers’ Global Life Park, where sports fans can watch some of the best in baseball; the Six Flags Over Texas, a nationwide theme park that boasts some of the most thrilling rollercoaster rides in the country; and Hurricane Harbor, a waterpark that is especially popular during the summer.  Don’t forget the Dallas Cowboys either at their fantastic home in AT&T Stadium.  Arlington is also the world headquarters for bowling and is home to the U.S. Bowling Congress, and the Bowling Proprietors Association of America and the International Bowling Museum and Hall of Fame.

Those who enjoy shopping or simply going out will find a plethora of opportunities. The Parks Mall houses retail outlets, restaurants, an ice-skating rink and a movie theater. Another, more recent venue is the Arlington Highlands, which offers eateries like the Studio Movie Grill, Piranha Killer Sushi, B.J.’s Brewhouse and entertainment venues like The Improv Theatre. For fans of community theater, Theatre Arlington produces quality live theater year-round and offers theater classes for all ages.

For music fans, the Leavitt Pavilion Arlington, which opened in 2009, hosts 50 free concerts per year in downtown Arlington. This popular venue showcases a variety of music genres. In recent years, performers such as the Petantonix, Ray Wylie Hubbard and the Grammy-award winning group Asleep at the Wheel have appeared at the Pavilion.

Real estate prices in Arlington are as diverse as the many things there are to see and do around the city. Homes and condominiums can be had for under $100,000 while those seeking more luxury accommodations can find properties for $300,000 and up. Rentals run along the same wide scale, from affordable to upmarket.

Herman Boswell knows Arlington – which also happens to be our home base – like no one else. We not only help landlords with services like applicant screening, rental advertising and real estate marketing analyses, but also prospective tenants and buyers as well. For the service excellence that’s been our hallmark for the last quarter century, think Herman Boswell!

Contact us to see how we can be of assistance.